Signs of a Clingy Girlfriend You Need to Know 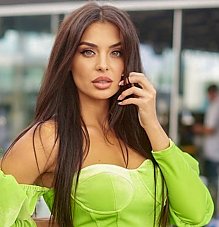 In relationships between two loving people, it is important not to cross the thin line – turn care and attention to a loved one into intrusiveness and obsession. The desire to see, hear a loved one is quite natural. But people have different needs for communication so there are conflicts. Sometimes women feel they became uninteresting and begin to show increased activity. And men evade conversations, avoid meetings, and don’t answer their calls. Excessive persistence leads to the break of friendly or romantic relationships. So, how to get rid of obsession in a relationship? And how to live if a girlfriend is clingy? 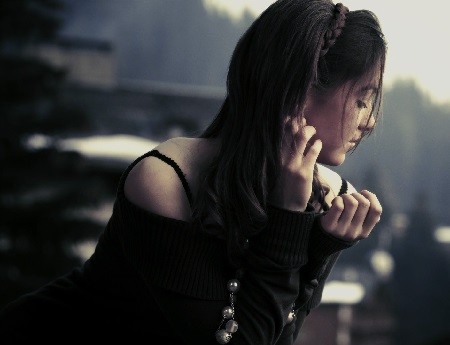 Why is my girlfriend so clingy?

What is a clingy girlfriend? Let’s figure it out! If we consider the male and female sex, then ladies are more inclined to intrusive behavior. The reason for this is the psychology of behavior. At the beginning of a relationship, men are more active in their efforts to win girls. This period is accompanied by care, frequent calls, and invitations to go out. While a girl is thinking whether to have a relationship with a guy or not, a man uses the role of a conqueror. Then a relationship flows from friends to relatives. A couple begins to live together. At this stage, a man calms down because he won a woman. After that, he moves on to the next role – a user. A woman in love behaves differently. She is attached to a guy, she needs regular communication. It is important for a woman to get attention signs from a man after intimacy, an unexpected call, a declaration of love by messages, a bouquet of flowers. There are cases when the obsession is manifested at the stage of acquaintance. Men perceive this behavior in different ways. It is believed that persistence happens due to:

Any of these signs is a serious reason to break off a relationship. In such a situation, any man will say: “My girlfriend is clingy!” Men don’t tolerate a flurry of calls from women, claims, and hysterics. To keep a relationship, a woman should give her man freedom and not ask in the slightest detail how his day was.

But here are the main means by which a clingy woman tries to achieve love:

Where is this line between obtrusiveness and concern? One of the problems is that one of the partners sincerely doesn’t understand that his/her behavior is intrusive. But the other partner doesn’t speak directly because he or she doesn’t want to offend. But patience ends quickly and a relationship is broken. So, how to recognize in advance that a girl is clingy? Here are the signs of a clingy girlfriend:

Of course, there are exceptions: a man and a woman met in the club, spent some time together, and stayed together for life. But usually, a relationship develops gradually.

Lovers have to get to know each other and only then they decide whether to start a family and have children. A clingy girl acts as if she already knows in advance that a particular man is her destiny, he is the best, and so on. How do ordinary women act? As a rule, they don’t hurry. They enjoy each stage of a relationship. The speed of the development of a relationship usually depends on the goal. Typically, if a woman wants a long and serious relationship, she needs time to accept a potential boyfriend, make sure that he is a good person who doesn’t betray, and it is nice and exciting to be with him.

This is one of the obvious signs your girlfriend is clingy. A clingy woman checks the phone and reads messages, e-mails. After each call, she asks who called. She asks how the day went in the smallest detail. She is angry if a partner plans to spend time separately. As a result, jealousy appears.

Ideally, for dating and flirting, there must be a good atmosphere and appropriate time. A clingy girl is not very picky about these “trifles”. She can ogle and show off her interest inappropriately, making those around feel uncomfortable. For example, she flirts with her man at some important event while he is with colleagues. Normal women show great flexibility in communication: they can communicate in a friendly, business or romantic way, easily changing topics of conversation. Because they feel when flirting is appropriate and when it’s not.

4. She fears to be lonely

She fears that a loved one will leave her. Hence, the persistence and desire to spend free time together. People, who are afraid of a breakup in relationships, require words of love, deeds. They need constant proof.

5. She can’t make a decision

All decisions are made mutually. Without a friend or a loved one, elementary problems can’t be solved. Sometimes the situation is absurd. A clingy woman is protected from the rest of the circle of communication, focusing exclusively on the loved one.

6. She doesn’t understand that you feel uncomfortable

A clingy woman doesn’t know that there must be a place for both in s relationship. Of course, women are more communicative because communication is like the splash of energy for them. But for men, this is basically the transfer of information. And nevertheless, smart and curious women are interested in a dialogue, not monologue, just because a man is interesting, not because he just sits next to her, for example.

7. She controls a man

Such a woman will closely monitor a partner so that he suddenly doesn’t come to his senses and doesn’t escape from her clinging paws. Therefore, she will be crazy, asking suspicious questions and, generally, will try to be with a man all the time. Normal women trust their partners, respect their free time and try not to violate them.

In general, the biggest disadvantage of clingy women is that they are fixated on the goal – to get a man and become happy. And this is what prevents them from being attentive, sensitive, and empathetic. After all, relationships are not a result but a process.

How to deal with a clingy girlfriend

If your girlfriend is clingy and you don’t want to break up because you love her the way she is, then you just need to accept that this is her feature and use some tips:

1. Calm down and accept the situation

Try to understand that the need for communication between men and women is different. Reduce the number of her phone calls and messages in a half. She can’t completely dissolve in you.

2. Change the time of communication with your loved one for other things

Meet with friends, engage in creativity, visit an exhibition. But also take into account the partner’s wishes. You will see that such separation will do you good. Having stayed away from your girlfriend, you will become bored and will return home with joy and new emotions.

If you have managed to fall in love with such a woman, focus on her merits. These women are just emotional. They are not selfish. They are sincere and loyal. You just need to be able to handle them.

4. Find out the reasons of her behavior

Clingy women are always afraid of something even if your girlfriend doesn’t show it. You have to dispel the cause of fear. First, you need to know this reason. Just ask her: “What are you afraid of?” A woman will either answer immediately or think and say later. Often she herself doesn’t realize that there is a banal fear behind her obsession. Without leaving a woman alone with her fears, you will preserve your peace, and, possibly, relationships. She will appreciate it, believe me, she will repay a hundredfold. Of course, this approach takes place only if there is love. Mutual, of course. This is how to deal with a clingy girlfriend.

How to break up with a clingy girlfriend

If you break up with your loved girlfriend, it can be difficult morally. But it is very easy to break up with a clingy girl. However, in this case, you also need to take care of how to gently take off a girl so that she doesn’t become your enemy. Girls often don’t understand hints and accept the men’s unwillingness to communicate with them for coquetry. So, to break up with a clingy girl, you need to act decisively. There are a lot of ways how to get rid of a clingy girlfriend and in each individual way. A man should himself determine which of the methods is appropriate in his situation. Here are some effective ways that men use to get rid of a clingy girl:

Ignoring and direct refusal are effective ways to break up with a clingy girl. If a clingy girlfriend texts, renders various attention signs, tries to flirt, invites you to go out from time to time and tries to win you in every possible way, then you can ignore her. It should immediately be noted that the word “ignore” doesn’t mean treating a girl as an empty place, but acting so that she understands that you don’t want to communicate with her (not to talk with her, refuse to accept her gifts and attention signs, not to be alone with her, etc.) Maybe this will help her understand how to not be a clingy girlfriend.

Often it is possible to explain everything calmly, simply by talking with her and explaining that her hopes are meaningless since she is a good person but not at all in your taste. When talking, you should be serious and as cool as possible, so that she doesn’t take your words as a flirtation or a hint that she should act more resolutely.

Even an overly clingy girlfriend may leave a guy if he tells her that he already has a girlfriend. And even if this is actually so, such a lie will be for good because it will help gently shed a clingy girl, without offending her.

It will be easy to do in the case when you know a girl well and have a rough idea of what she wants to see in her lover. Then you can only pretend that you don’t suit her at all. But in this method, there is one drawback – playing before a girl the role of her “anti-ideal”, you can spoil your reputation as other people can take your game seriously.

Here everything depends solely on your imagination, as well as on your emancipation. Some guys break up with clingy girls performing such original methods: