How to Deal with Gaslighting in a Relationship? 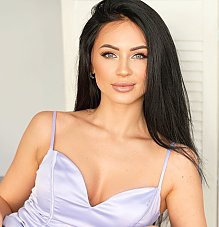 Gaslighting is often called "silent plague" when it comes to human relationships. It is not visible, on the contrary to bruises from physical abuse, but its results are quite destructive for a person. Also, it is not considered a problem at all by some elderly couples. They call it the invention of millennials, but does psychological abuse affect a person as badly as beating him or her up? Today we will find out what is gaslighting in a relationship, why it is as harmful as any other methods of abuse and learn how to deal with gaslighting. 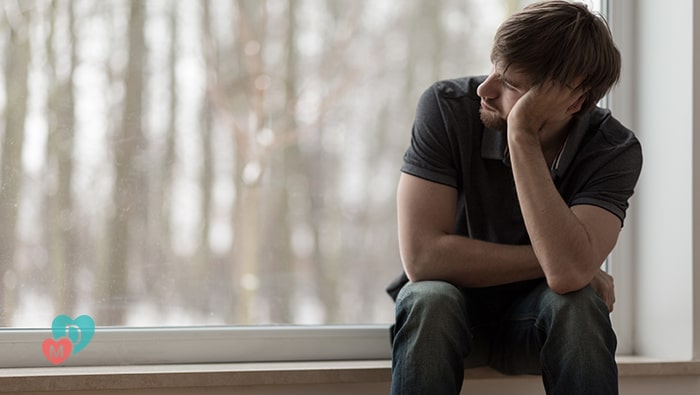 Gaslighting is a form of psychological abuse. Even if you are not familiar with the term itself, you might have fallen under some effects of this phenomenon. Maybe you are THE abuser in your relationship? To understand gaslighting psychology, imagine a situation. After a huge fight, you are desperate for your partner to be insulted by the same tactics he or she applied to you. So you say, “Remember you were bitter over the same damn thing?” and they reply, “Nope, it never happened.” This statement makes you confused, and you start questioning your existence. The reasons might be different – a person you live with might simply forget about this situation, or they are too self-assured to mention the proximity of them being wrong.

But some manipulators and narcissists know damn well that this precedent happened for sure, so their aim is to gaslight you – to make you question your sanity and to prove your statements are inadequate. Some victims of gaslighting confessed they wanted to kill their partner for some unknown reason, and in a place where used to be love and understanding, hatred and unknown feeling of anger occurred. People can live for decades, not knowing they are the victims of emotional abuse. This feeling of being wrong creates a serious conflict in our subconsciousness. Partners who were sure in their sanity become neurotic and self-conscious individuals.

Why Is It Called Gaslighting?

The origin of this term derives from the movie "Gas Light" (it was directed by George Cukor, 1944). It depicts how a person can make another question their existence and sanity, almost driving them nuts by denying the reality that happens between two people. To understand the phenomenon well, you should watch the movie yourself. It won two Oscars, and Ingrid Bergman got one for the fantastic role he had performed.

Signs of Gaslighting in a Relationship You Should Notice

Examples of Gaslighting in a Relationship

Gaslighting is a multifaceted technique, and it is hard to differentiate it from forgetfulness and other sins. However, there are some constant examples of emotional gaslighting your partner might perform against you: 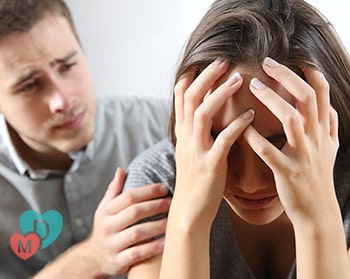 “No, I didn’t hit you yesterday, it was an easy poke! Your hand can’t hurt just from that; you might’ve hit yourself when going to the bathroom at night!”

“I didn’t say that! I would never say stuff like that to you!”

“She wasn’t flirting with me, it’s just my co-worker Stacy, I told about her, and you said it’s fine to contact her. You are always so forgetful and passive-aggressive. You shouldn’t jump into conclusion at once and just listen to me!”

“You are not jealous, you are just about to get your period. Remember last month you were so emotional as well, but nothing bad happened?”

“It’s not sadness. You are obviously depressed. When my brother is depressed, he has the same look!”

“I think you start to develop some strange tendencies. Maybe, it’s a psychological problem. It always starts like that.”

“You don’t remember about half the things I said! I am worried about your brain; you probably have brain damage or Alzheimer’s!”

“It’s not me who tells you things you never remember. You always do like that.”

“You always gaslight me and never remember it. We probably should start recording our conversations.”

“Your father never touched you in a wrong way, you just have weird childish imagination.”

“I always liked your mother, you are the one who always makes things tough between us.” (After your mother politely denies the fact of an existing conflict, your partner goes on, “See, I told you, nothing had happened!”

What Is So Particular About Gaslighting in Relationships?

Since gaslighting techniques involve denying their abusiveness, your partner will avoid being exposed at all costs and try to reflect their worries, giving them to you.

In the relationships, it is hard to build well-balanced dialogue. One of you might turn into abuser while the other one plays the victim. Manipulators often blame others, which means they say that everything bad happens because of your fault. If you are mad at your partner, you are more likely to be born hysterical, when you feel bad you usually come across as a needy-greedy.

Gaslighting tactics involve forgetting about partner’s complaints as if they don’t hear you. When you want to establish boundaries, they will still keep on coming at you, physically or mentally. And it doesn’t mean they don’t understand that you want to be left alone. They just don’t want to. They will keep on acting like your requirements are trapped in some kind of void. It might be even dangerous.

Gaslighting someone is no use without constant control. Gaslighters like to know where you are, what are you doing and who are you talking to. If you ask to leave you alone, they will say that you are the one who has offered constant mutual check-ups. This circle will never end because you can’t explain things to gaslighters. They will turn them upside down and make you guilty.

How to Defend Yourself Against Gaslighting?

How to Fight the Gaslighting of a Narcissist?

Narcissists are great manipulators, tricking you into believing whatever they want. You shouldn’t put up with it and treat people who abuse you deliberately nice. Just calmly say you love this person (to satisfy their need for validation). Share your feelings and say that you are in a crappy position. A narcissist won’t count it as a tragedy, but if a person loves you, he or she will slightly soften their tendencies to make your life more bearable and pleasant.

All in all, abusers are horrible partners because their circle of going nice to furious will never end. You can’t dissuade an abuser to stop gaslighting you because it is something they do unconsciously, not of bad temper. It is a problem of people with borderline personality disorder, so if you stay with this person, ask yourself a question, "Why do you want to continue your life like that?" If he or she talks you into some terrible decisions, separates you from your friends and relatives, it is time to stop and re-think your options (although some people are scared to speak or think for themselves, questioning their every step after years of intense gaslighting).

When you deal with a gaslighter, don’t be aggressive. Rather, be confident. Always memorize your point to quote it and show no fear in your eyes. Be sure to impress a manipulator with your impeccable knowledge of a given topic. Never think you have no options. Ask friends if you are acting strangely lately or contradict yourself. Often people from your closest environment notice things like that first. Be fierce and don’t let anyone fool you!