Dating Someone with Borderline Personality Disorder Dating someone with borderline personality disorder is complicated and not rewarding. Some of us who have been in these relationships would even call it a burden that left a mark on the psyche. But why is it so? Why do people with BPD often feel lonely and uncomfortable in their own body? Who is responsible for this behavior? Where are the origins? And, most importantly, how to deal with someone with BPD? 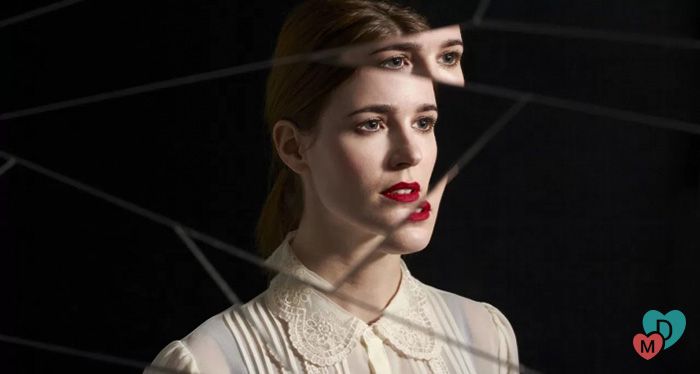 What is a borderline personality disorder?

Borderline personality disorder, or as they call it BPD, is a complex alteration of human psyche which makes a person who experiences it feel a lot of emotions. Contradictory emotions. They might feel sad and lonely, loving and passionate, or almost indifferent all in one day. Please, do not mix it up with bipolar disorder. It is much more complicated than phases. People can trace their impulsiveness, but it doesn’t help much as they are driven by the fear of loneliness and all-time rejection. Those who experience BPD are unstable both physically and emotionally, they have a blurry self-esteem and muted self-perception.

They feel bad for a week and then feel blessed for the rest of the month, it’s not a cycle. Every person with BPD is stable until there is a trigger that makes them go back to defensive mechanisms they have seen in the family or they start acting how they know would be best for them right now. They manipulate, deceive and crave attention. But not because they want to be manipulative or cruel, they just don’t know any better.

Dating someone with BPD means you need to be everything for your partner, as they rely on you like on air, because they have a foul sense of oneness and you truly mean the whole world to them. BPD people are very clingy and bossy because they don’t see borders. They can come off as eccentric because they self-esteem varies from trash to smash. Some psychologists recognize narcissistic and dissociative disorder as a form of BPD.

There are plenty of symptoms which might show that your partner needs a little bit more love and attention. Let’s see them from the side of a boyfriend/girlfriend, so it would be easy for you to spot a partner with BPD:

1. They play a hot and cold game. That is why men and women are equally attracted to people with BPD. They often come off as a mysterious and sexy lover. But that is only until you get to know their true side. You are not guilty of their behavior, neither are they. It’s just the matter of genetics and childhood traumas. That is why people with BPD, as well as narcissists are the best pickupers and seducers. You can’t solve the riddle of this person. They fall in love quickly, marry you almost at sight, but then disappear, leaving you guessing. Or may I say, in pain. It’s a contrast shower of feelings, both love or hate. 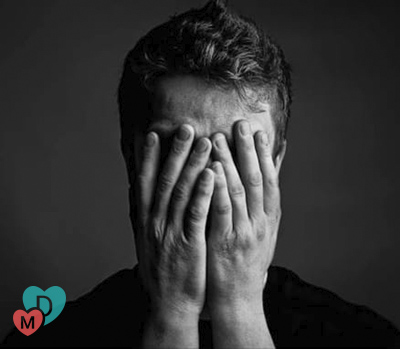 2. They idealize their partner. But it doesn’t mean you will be in his or her favor. Loving someone with BPD means they will see you as a perfect human being, however, if you plan to be unapologetic, that’s not it. On the contrary, every little thing will upset your partner and make them nearly hate you. If you arrive at home late, they will cry about you breaking their iconic perception of you. They might even suggest breaking up if they catch you smoking, talking to your ex or needing some extra time to think.

3. They fear loneliness. BPD people are great at manipulating. Once you start dating them, it’s a crash-test. They will suggest breaking up almost every day, being from moody to hysterical for various reasons. You might be pleading or crying to make them retract from this decision, but in true facts, they are as afraid to lose you as you are in fear to be dumped. Borderliners hate being alone, it makes them scared and abandoned. So the next time you hear this manipulation, be confident. Want it or not, they will never leave you, it’s just a façade.

Nobody knows what causes BPD in people. It can be a matter of genetics, or criticizing parents, tyrants, abusers and always arguing family members. It can be expressed through the low level of neuromediators, such as serotonin and dopamine. Note that medical treatment often gets patients in a worse state. But most often, people get BPD as a result of conflicts in their family or childhood traumas. Victims of assault would never want to stay alone as this state cripples them. They will see a mother or father figure in you.

BPD relationships are sure bumpy and imperfect. But your partner will see only good sides to it. While you might be suffering from their aggression or discontent, they will assure you that your couple is the healthiest he or she has ever seen. That is because they don’t apply logic to self-analyzing. They either think everything is too bomb or too bad and you should break up. BPD and relationships are compatible. Most BPD patients live a quite fulfilling life and strive for an all-time partner who will rescue them from the fear of loneliness and emptiness.

Here is the most important part you need to learn! Borderline personality disorder in men and borderline personality disorder in women are actually the same thing. It doesn’t mean that your boyfriend would be a cruel beast and your girlfriend is an insensitive bitch. They all are people who didn’t choose to have a little more problems with self-perception. Show them love. Make them feel wanted and desired, care and ask about every detail. They are people with adult aspirations, but quite an infantile mental state.

Basically, they are children – demanding and sincere. A BPD person will never cheat on you or plot against you, unless you give them the reason. Borderline disorder is not an actual mental illness that cripples them or makes them unrecognizable, but it must be cured, and mostly through love. Give them love they never received as kids, be positive they will achieve goals in career and personal relationships, assure them you have a little more sense of what’s right and guide them through their bumps. But never do these things to a BPD partner:

1. Don’t copy their behavior. It will break their heart and you won’t achieve anything with revenge. If they want a divorce for no visible reason, just hug them closer until they feel loved and safe. Don’t hold grudges or give them a cold shoulder. Realize that the reason might be an inability to see what you see in a certain situation.

2. Don’t be hot-headed. They might change their minds and hate you for no reason, but try not to answer them with hate. Just realize it’s their specialty and wait till the water gets clear.

3. Don’t manipulate or let yourself be manipulated. It’s the extreme that leads to co-dependence. Soon you’ll be unable to carry through a day without saying: “That’s because you don’t love me!” and it will inevitably mess with their self-perception as caring people. Just remember their care is different. Their love is worshipping you and trying to destroy borders. Also, your BPD partner might be suicidal, so it’s the way to attach you to them, but don’t feel guilty and serve their whims. Just explain this isn’t a healthy behavior and suggest to get through it together with the help of a professional.

4. Don’t let them make you their icon. Although it sounds flattering, borderliners choose an ultimate person to be a parent, a sibling, a lover and a friend for them. Tell them it’s healthy to equally love your parents and your husband or wife and you don’t have a top of favorite people either. Although it may seem insulting for them, as they expect you to delete all the borders and live as one human being. This will break your psyche, so it’s strongly recommended not to try that approach. 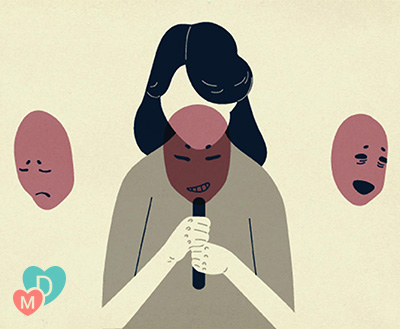 5. Don’t let them be toxic and demanding. A BPD person might be jealous at all times and try to find infidelity even when you don’t speak to opposite sex at all. Dating a woman with borderline personality disorder (or a man) means they will try to come at you with false accusations of you not loving them. But it’s not true unless you know it. Show them love in a different way. Make them go to therapy or ask how they are really doing, what’s bothering them.

Dating a girl with borderline personality disorder (as well as dating a man with borderline personality disorder) means you have to spend a lot of time together. If you are not ready for it, retrieve from those relationships instead of further sinking into them. They won’t be cool with you leaving with their friends. You won’t catch up later (in a day or two). Instead, you will be a traitor in their eyes who somehow decides to spend a weekend with strangers almost instead of family bonding. They will hate you for making them feeling alone. Their world will be shuttered within a second.

So what is a solution? Should you sit at home and prove your love 24/7? That will be the death of your private life. If you date a borderliner, you should explain everything, and even that may not prevent them from being jealous and having trust issues. To cope with those symptoms, don’t leave them suddenly, because they will leave you back as a revenge for being a cold-hearted person.

Instead, hearing them out and recognizing their feelings is the best way to calm a borderliner down. When you appreciate that your partner hears you out, you let them turn panic and aggression to logic and reasonable thinking.

All in all, it’s understandable that any relationship is a long way to learn, either with mental issues or without them. You can get accustomed, following their whims or manipulations, or set them free by slowly teaching them how to have borders. Be patient and know that whatever happens has nothing to do with you. Don’t blame it on your cold-heartedness, you better understand and hear out your partner, so that both of you can relieve from pain and grudges and walk towards a brighter future together!