2019 Statistics of Online Dating Everyone Should Know 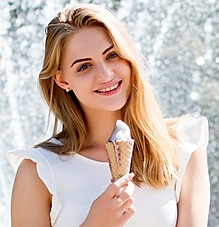 A Few Words About Online Dating

Just a few decades ago nobody thought that it would be possible to do everything without leaving the comfort of their own home. Now we can enjoy a good movie without going to the cinema, we can order products online and get them delivered to us, we can do all of our work duties in front of our personal computer and, of course, we can communicate with the people we like without making physical contact, even when you are miles apart from your friends and loved ones. The technology is moving fast, and people find it increasingly hard to keep up with it. The way we meet both new friends and partners has changed for the past few decades.

The only thing that is required for a person to meet the love of their life is to have the Internet connection and any form of device that can be connected to it, what a weird time to be alive. It is not surprising that online dating is a very popular industry, it satisfies the needs of millions of people every single day, whether that is about people who are looking for serious relationships, friends or just casual hookups. The same goes for all of the interests, quirks and of course, sexual preferences that people have, there are apps for gays, lesbians, transgender, and heterosexuals. There are apps for the lovers of beards, for the workers of the aviation industry, for the dog lovers. There are apps that allow you to find a partner by their musical taste, by the things they like, they hate and etc. As you can see, it is a very big market, a very diverse one.

Such services have been especially popular in the last few years because of the rise of Tinder, Badoo and the upcoming release of Facebook service for dating. Thus, let’s look at the recent development in this industry and online dating statistics of 2019.

Let’s start off with the dating apps statistics, as the market share of dating apps is growing really fast.

Let’s start with the first dates. Now it’s a widely known tradition that may have outlived itself now, but men often pay for women in cafes and restaurants. 52% of women offer men to pay for their meals in 2019.Here’s a sad number for women, as it seems like only 13% of men actually call back after a first date.

Now let’s stick to some general statistics, let’s look at the way people perceive online dating as a whole.

Here’s another good trend, as such alliances seem to be quite strong since families that have via the internet are more satisfied with their relationships than people that have met each other in traditional ways.

Let’s continue on with the overall online dating facts and statistics as well as the success people have with the market.

Now let’s talk big scale statistics of online dating, big numbers. In 2018, the dating market’s overall revenue was 3 billion dollars, this number is bound to be higher in 2019. When it comes to the number of services, they are roughly around 2100 services in USA and Canada, while there are 8200 services worldwide. As for the number of users, here’s where you can see that lots of services exaggerate the number of people using their services, as only 60 million people use services for dating, which is across the board. We mention it because some services claim that they have upwards to 300 million users, which is just wrong on so many levels.

When it comes to statistics on online dating, we cannot call this article to be complete without mentioning some of the dangers of this industry.

There’s been a recent trend called ghosting, it is basically when one person ignores the other one without warning or obvious reasons. It’s never fun for the person that is being ignored, it brings lots of stress and discomfort.

When it comes to lies that people use to avoid having a date with another person, 31% of women said that they had had a schedule conflict, 19% said something that was related to work, 19% said that it had been an exhausting day, 11% of women pretended that something new came up, and they weren’t able to go on a date.

As for men, 26% of them used fake schedule conflicts, 28% of them told their partners something about work, 5% said that it had been a busy day, 2% of men pretended as if something new came up.

Let’s continue on with the dangers of online dating statistics.

In general, if you are new to the dating market, we would advise you to be very careful with the things you may encounter online. You should search for some of the popular schemes that scammers use on dating sites and apps to keep yourself safe and secure.

Let’s end with some dating violence statistics. It is probably not surprising that women experience a lot more violence in dating. Fortunately, the percent of dates that were conducted via online services for dating that ended with some sort of violence is pretty low, it’s 4% for women, and the men’s number is lower than 1%. Online dating abuse statistics is not something that is often reported on, as it seems like people don’t walk to talk about these sorts of experiences.

Now let’s look into some dating statistics about millennials.

There are also some millennial dating statistics that are pretty much exclusive to them. 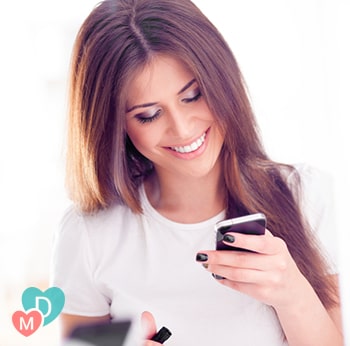 While sure, there are some obvious factors that one should consider in the numbers above, as every following generation simply had more time to get engaged.

50% of millennial women claimed that they regret at least one relationship that was started via online dating, this number is a little lower for men, it’s 38%.