Hottest Female Skiers of All Time

We have come up with a ranking to present you top 10 hottest female skiers and biathletes (shooting skiers). The top includes both active Olympic skiers female athletes, and those who have already completed their sports career. 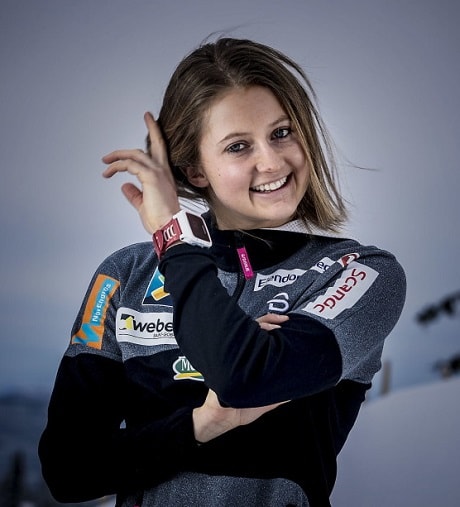 A Norwegian skier, silver medalist of the Sochi Olympics in sprint. Height - 165 cm, weight - 56 kg. She is one of the top female skiers.

Ingvild Flugstad Oestbberg was born in the south of Norway in Gjovik town. The Oestberg family is famous for its sports traditions. Ingvild’s granny - Valborg Oestberg - won the second female Birkebeinerrennet (a 54 km long marathon) in 1977. The same race later was won three times by her mother - Martha Flygstad (1989, 1997 and 2002). Her father - Helgi Oestberg and brother - Eivind are also seriously engaged in skiing races.

Ingvild started her professional career in 2007, taking part in the Scandinavian Cup (58th place in the mass start and 6th in the 5th). 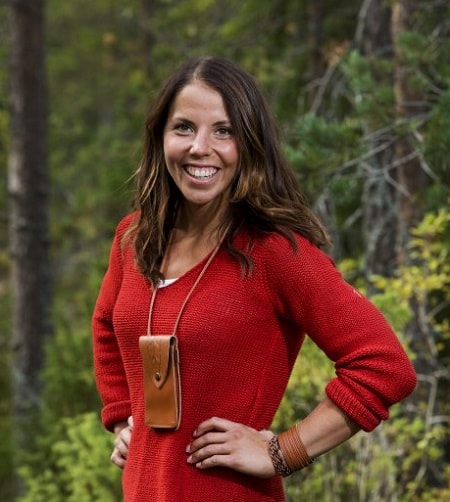 Swedish skier, world champion 2011, Olympic champion in Vancouver (10 km freestyle). In Sochi, she won gold in the relay and two silver: 10 km classical and skiathlon. In the relay race in Sochi, Charlotte managed to do something incredible: despite being 26 seconds behind after the third stage, she won gold for her team, having beaten two rivals at the finish line. She takes the 9th place among hot female skiers.

At the 2010 Olympic Games in Vancouver, she won the first race - 10 km freestyle with a separate start. Together with Anna Hog she won a silver medal in the team sprint. At the Winter Olympics in 2014 in Sochi, she won 2 silver medals in the skiathlon and in classical. In the 4x5 km relay she brought her team a gold medal, in an exciting race ahead of the Finnish and German skiers at the finish, despite the initial lag behind them in their final stage in 25 seconds. At the closing ceremony of the Winter Olympic

Games in Sochi, she was the standard bearer of the Swedish national team. At the 2018 Olympics, Charlotte continued her successful performance and won the skiathlon, becoming a three-time Olympic champion. On the sixth day of the Olympics in Pyeongchang, at the 10 km race with a separate start, the Swedish athlete managed to show the second time and won a silver medal. Well, let’s also consider other famous female skiers. 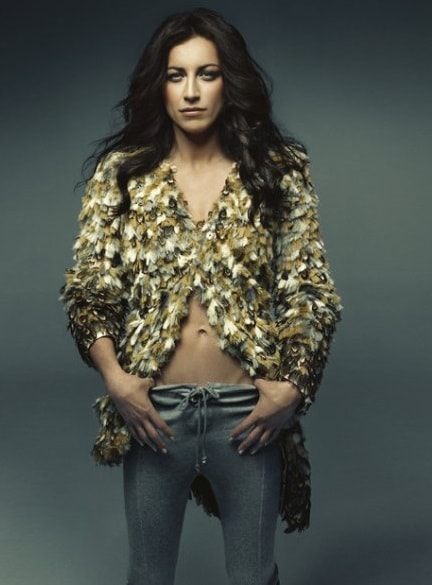 The first success came to Justina in 2003, when she won a silver medal at the junior world championship in a ridge sprint. After 2 weeks, she made her debut at the World Championships, which was held in Val di Fiemme, but could get into the top thirty neither in a ridge sprint nor a ten-kilometer classical race. 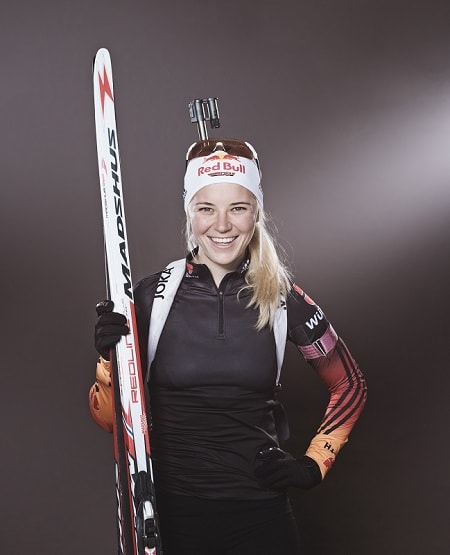 A German biathlete and skier, two-time world champion (2011, 2012) in biathlon in the relay race, silver medalist in the relay race in the 2010 Olympic Winter Games in Vancouver. Gössner did not take part in the Olympic Games in Sochi for some health reasons (constant back pain). She posed nude for Playboy magazine and is considered to be one of the hottest female skiers. I bet those were one of the sexiest pictures of skiers.

Miriam was born in the south of Germany in Garmisch-Partenkirchen. Her mother is Norwegian. Father is German. Since her childhood, Gössner began to go in for sports. At first, she tried out skiing, but at the age of 14, Miriam fell dramatically, knocking herself out a pair of teeth. After that, the German decided to concentrate on safer winter sports, focusing on biathlon and cross-country skiing. 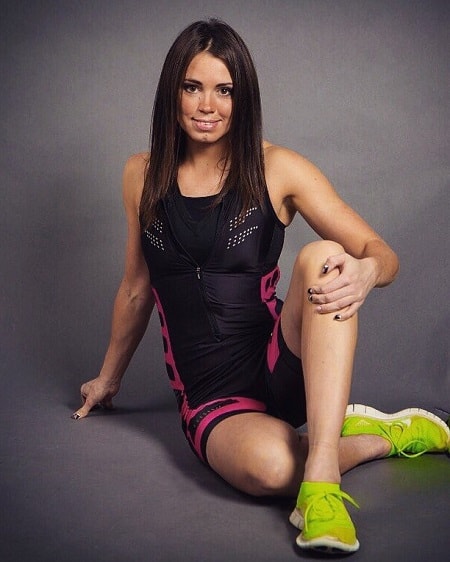 A German biathlete, the most decorated athlete in the history of women's biathlon. Neuner is a 12-time World Champion and two-time Olympic champion in Vancouver. Being one of the most beautiful women skiers, she completed her sports career at the end of the 2011/2012 season.

The childhood of Magdalena passed in the small Bavarian village of Wallgau, 15 km from Garmisch-Partenkirchen. At the age of four, she started skiing. Later, as a member of SC Wallgau ski club, she also tried other different winter sports. At the age of nine her parents brought Magdalena to a biathlon section, and she absolutely liked it. Even then, they knew about her talent, but the decision to take a serious role in the sporting field was made by Neuner only at the age of sixteen, after graduation. The results at the initial levels of the biathlon competition hierarchy were great: for the first four years of performances, Magdalena won seven top awards in the world biathlon championships among the youth and became the multiple winner of the national youth biathlon championships in Germany. 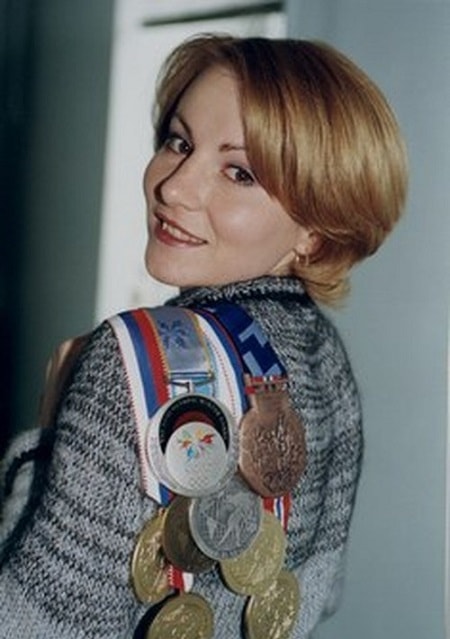 Russian biathlete, Olympic champion in the relay race at the 2006 Turin games and 4-time world champion. Decided to end his sports career in 2010. Albina Akhatova was born in a family of athletes, graduates of the Leningrad Institute of Physical Culture Khamit Faizrakhmanovich and Tatiana Veniaminovna Akhatova. Since 1985 she was engaged in skiing, her first mentor was father Hamit Akhatov. In 1991, the Master of Sports in cross-country skiing met the standard. In 1993 she came to biathlon, her coach was Leonid Alexandrovich Guriev. 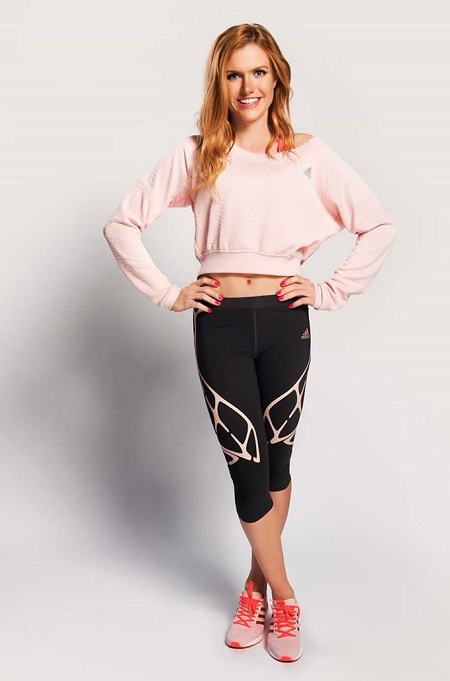 Czech biathlete, bronze medalist of the World Championship in the mixed relay race of 2013. In Sochi, won two silver: in the race with a mass start at 12.5 km and in a mixed relay. Gabriela Koukalová is at the top of most beautiful Czechs, not to mention famous women skiers in Czech Republic. Gabriela's mother, Gabriela Soukalova-Svobodova, performed in cross country skiing, representing Czechoslovakia, in 1984 became a prize-winner of the Olympic Games in the relay race, and later assisted her daughter in training as a personal trainer. Gabriela's father was a biathlon coach and Gabriela's first coach.

Gabriela Koukalová married a 30-year-old badminton player Petr Koukal. For the first time Gabriela tried her hand at ski races with shooting in 2005. For several years, she achieved good results at the national level and attracted the attention of the coaches of the national team in her age group.

In 2007, she was first included to the national team, and in 2008, for the first time, they were sent together with the national team to the regional championship - the junior world championship. The first experience at this level was not very successful: Sukalova was worse than her fellows in both speed and accuracy, and she never took better than the twenty-second place. The first setbacks did not disappoint the coaches and they continued suggesting chances to prove that she can do more: in the 2008/09 season her personal results improved, and Gabriela helped Czechs win a gold medal in a relay, despite her imperfect shooting.

A Belarusian biathlete, two-time world champion, bronze medalist of the Olympic Games in Vancouver. In Sochi, Domracheva won 3 gold medals: in the pursuit race, in the individual race at 15 km and in the mass start at 12.5 km, becoming one of the most successful athletes of the Olympics in Sochi. Daria Domracheva is among the top most beautiful Belarusians.

Daria Domracheva was born in 1986 in Minsk in the family of architects. Four years later, together with my parents, I went to Siberia, to the newly built city of Nyagan. She was engaged in dancing and basketball, in 1992, after her older brother, started skiing. Spending almost all of her time in training, training and competitions, she studied at school "good" and "excellent." Summer vacation spent in Minsk.

In 1999 she began to train for biathlon. Albert Musin became was her first coach. She graduated from the gymnasium, where she studied economics and law, and entered Tyumen University to study sports management. In 2003 she and her family moved back to Minsk. In BSEU there was no faculty of sports management, therefore Domracheva went to the department of tourism management. In 2009, she was done with her diploma work on “Advertising in the tourism industry”. She got a degree and even received a second degree in economics after that.

In 2010, Domracheva presented her film “Daria Domracheva. Representing Belarus”. The film was shot as a video diary. The director and co-author was Maxim Subbotin. 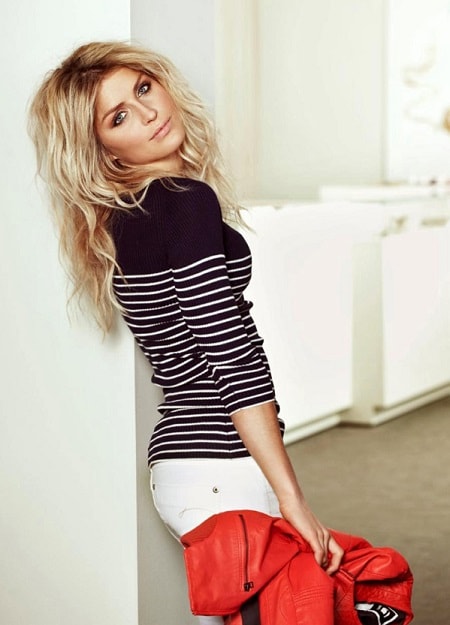 A Norwegian skier, 4-time world champion, Olympic champion in Vancouver (relay race). She won a bronze medal in the 10 km race in Sochi. Therese is one of the best skiers in the world. She started with gymnastics, but when she got older, she went skiing. In adolescence, her idols were famous Norwegian skiers - Marit Bjergen and Bente Skari, so she took after them.

The first time Johaug appeared in the races was under the auspices of the FIS in November 26, 2005 in the Norwegian Shusheni in the 10 kilometers race, where she took the 5th place. Until 2007, she competed in the second-tier competitions, where she used to show a stable result (did not go below 10th place), which was a challenge during the World Cup for the main Norwegian team.