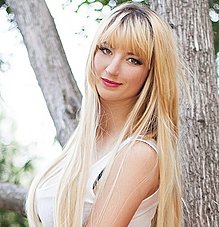 Serving two girls at the same time is not so easy as it seems at first glance. Alcohol surplus, sleepless night, stress, self-doubt or simply a banal inconvenience from changing a condom - all this can play cruel joke with a man. 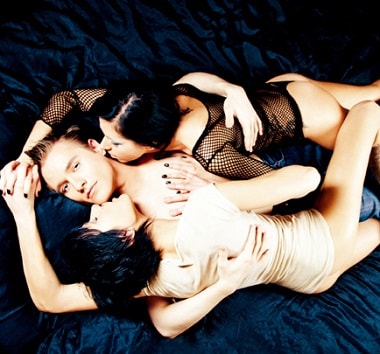 For a man, threesomes are absolutely safe, but for girls mixing their fluids is not that good. The fact that the FFM sex must be practiced in a condom is understandable, but do not forget that every girl wants you to take on a new condom. Since condoms are, unfortunately, a one-time thing, you will have to stock up enough and change the "elastic friend" with each change of partner.

The first and most common option is the one where both girls stay in doggy style or on all fours in front of a man. He satisfies one of them with a penis, and the other one with the second hand penetrating his fingers into her genitals, swapping them during the process of sexual intercourse.

It is also possible that the second girl is located in front of the first, enjoying the penis of a man. In this case, she needs to caress her clitoris with her fingers. The first girl kisses her and caresses her breasts with her mouth. In this case, the man also should not forget about the second partner, periodically swapping them. 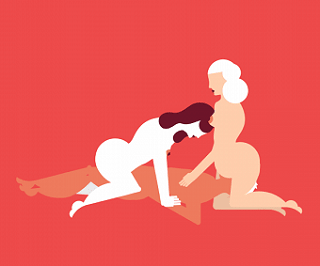 In the second variant, a girl lies on her back, and a friend sits over her face, while the man occupies the "traditional" place between the legs. In this case, as in the first, one rider and another rider can face each other to caress and kiss each other.

Flexible and sufficiently high "riders" manage to give each other caresses and kisses, but it is important to constantly monitor contact with the one who lies at the bottom, especially if the girl who is caressed by the mouth is not miniature.

The first of the girls lying on her back takes oral caresses from her friend, who is sitting between her legs in the position of "doggy style", and a man gets in front of the seductively upraised ass of the second girl. The girl number one will have to lie on her back or sit down, with her legs wide spread, and her partners - to settle in front of her.

Also, the first girl who is orally caressed can be placed on the edge of the bed, the table and another suitable piece of furniture if the other two competitors instead of the "doggy-style" position want to do it on all fours.

Double Fixing Standing or on All Fours

This is how one of the classic poses for group sex looks exactly in this combination: the classic "doggy-style", but the second man is ahead of the girl and allows to caress his penis with her lips.

It is important in this position that both men follow the amplitude of their movements, and the one who is ahead should be especially careful, and the one behind should hold the partner by the hips so as not to move her too much forward. But a sufficiently experienced girl will be able to give both partners a lot of pleasure, both physical and aesthetic (the spectacle is very exciting), and fully enjoy herself.

Two men can have sex with a girl vaginally and orally as in a doggy style position, and putting the partner on the back. To ease the oral penetration, you can try to put the girl so that her head hangs from the edge of the bed, and one of the men stands on the floor on his knees in front of her face.