Are We More Than Just Friends?

More Than Just Friends But Not in a Relationship: What's It Like?

This is a tricky state of relationships to define as we are all different and thus, our perception of what is what can be drastically different from one another. However, let’s try to define this situation, which is also known as flirtationship. What is it like, to be more than friends with benefits but not a relationship?

It is a situation in which both partners are very much interested in each other, they often hang out with one another and, in general, seem to have a lot of fun doing so. However, for one reason or another, they are not willing to take it one step further and establish a serious relationship just yet. 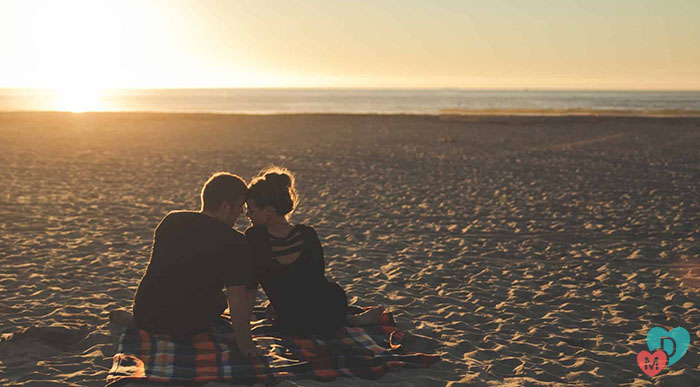 Why is that? Well, the reasons for that can be quite different. One person may be afraid of taking such a serious step while the other partner is either waiting for them to do it or is just busy with other things to think about their relationship. Another reason for such a situation may be that, in fact, one person is not interested in having a serious relationship, but they don’t want to cause pain to a person or just don’t position them as a potential partner. There are hundreds if not thousands of potential reasons why you may have found yourself in such a position, we cannot speculate about it.

Finding the reason for being in such a situation is essential to figuring out the way out of it, and while some would recommend you to be very direct about your feelings and tell everything as it is, this doesn’t always work. Just remember that there is a certain deadline to such a situation if your friend is interested in you because they may perceive you as a person that is either uninterested in them, or is afraid of taking risks for the sake of love, etc.

But, once again, remember that you only live once and it is better to tell a person about your feelings if you are passionate and truly in love with them than to just battle your feelings and feel terrible about not being able to talk about them. As you can see, such a state may be quite a difficult one, especially when it comes to younger generations that are less confident in themselves and are often quite passionate in their relationships.

That being said, let’s look into some signs that you are more than friends but not in a relationship.

Signs She Wants to Be More Than Just Friends

1. You are not being referred to as a friend

Very often, the true feelings of a person are manifested through their words, which they use in conversation with you. If you are not called a friend, it usually indicates that you have the status of a more significant person. A person may simply mention you by name or, even call you in some other way, by using some nickname or etc. In fact, it is quite easy to understand whether you are more than just friends or not, just by observing the way they refer to you in public. 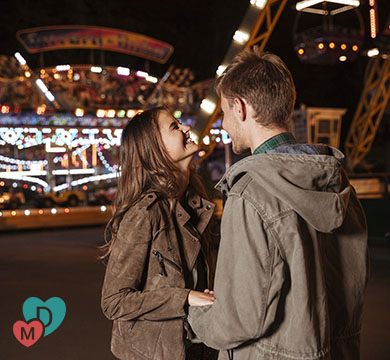 2. She is more open to touching you

When people are not indifferent to each other, they often have an uncontrollable, annoying desire to be as close as possible to each other. A friend who feels a certain way towards you will find any reason to touch you. Touches do not always speak of a greater than a friendly relationship, and in some cases, are commonplace between friends. But the frequency and the degree of intimacy of these touches will tell a lot about a person’s secret desires. A slight nudge, a stroking of the shoulder, or a desire to hold hands, can all be a sign of romantic feelings.

3. She finds a reason to be alone with you

One of the most frequent problems that occur when you have feelings for a friend is the inability to spend time alone. Friends often spend time in a large company and are visible to lots of other people. Anyone who sees more than a friend in you will look for any opportunity to stay face to face. A friend who ignores your mutual friends and directs all of their attention to you when you are in a big company clearly wants a more romantic relationship.

4. She looks at you in a special way

The eyes are the mirror of the soul. With their help, you can convey a lot of emotions. Therefore, sometimes it is enough to look into the eyes of a person to understand their true feelings towards you. If a person is staring at you and does so for a long time, or, on the contrary, looks away restlessly and is afraid to look into your eyes when you look back, this may indicate that they may want to be more than friends.

5. She asks about your past relationship

Curiosity about your past relationship may be a sign that someone is hoping to have an affair with you. This suggests that the person begins to imagine what it’s like to be in a relationship with you. They are trying to get rid of your image as a friend and replace it with the image of a partner. Questions about your personal life are a clear indicator of intimate desires, otherwise, they would not be interested in such things.

6. She wants to find out your plans for the future

When a person secretly wants a serious relationship with a "friend," they begin to worry that they may have plans for someone else, and the chance to be together will be lost. For this reason, they may often wonder if you have anyone in mind and if you are going to build relationships with someone else. From the outside, it may seem like an innocent interest in your personal life, but someone who is closely following your plans for the future definitely treats you as more than a friend.

Are we more than friends with benefits? Jealousy is perhaps the most undeniable sign of deep feelings for someone. If a person feels jealous when someone tries to win back your attention, they want to be in the opponent's position. Jealousy from a friend is especially painful because a person understands that they’ve missed their chance to be with you and wants to change their position. In the absence of such feelings, jealousy would hardly bother your friend. This is one of the most prominent signs he wants to be more than friends, so if you are a woman and you are reading this article out of curiosity or any other reason, remember that male friends aren’t normally jealous of other men.

If you communicate with each other on a regular basis, and your friend knows your birthday and other memorable dates, this means that they have a lot of interest in you. A person is so obsessed with you that they count the days to the date when they can prove to you how much they care about you and those dates. If they attach special importance to these dates, it means that they really care about your life.

9. Body language speaks for itself

Are we more than friends? Well, just take a look at the way they dress and present themselves. In addition to their look, other gestures can tell a lot about a person’s feelings, much more than words. It's pretty easy to understand what a friend is experiencing when it comes to a relationship with you, just by watching their body language. 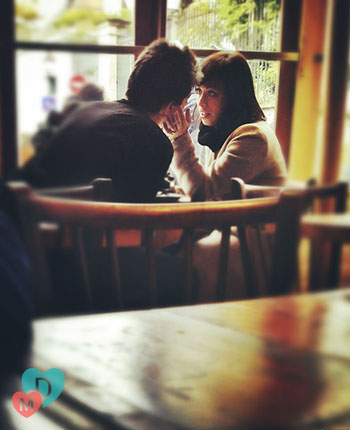 For example, women often play with their hair, touch their bodies in the presence of someone to whom they feel sympathy. Men can try to straighten their shoulders and take as much space as possible to attract attention. There are lots of different gestures and other body language signs she wants to be more than friends that you should keep an eye out.

An interested friend often begins to flirt with a person they like. Even if a person is not very sociable, they will try to flirt with them, such flirt may not be obvious at first. Flirting is another way to test the waters and see if feelings are mutual. This is a sign that a friend wants a more serious relationship with you.

11. She tells her friends about you

When a person constantly thinks about you, everything reminds them of the object of their love, and they have a desire to tell others about you. You can hear from people around you phrases like, "We’ve heard a lot about you." Such behavior is a clear indicator that, if you are more than friends but not dating, they are interested in developing this relationship.

12. She is trying to always look good

When we try to make a good impression, we are constantly worried about our appearance, and we always do our best to look good in such scenarios. A man can correct his shirt or jeans, smooth out his hair, women dress in such a way as to emphasize their bodies, and, in general, they begin to carefully monitor their appearance. Without a doubt, such a friend wants a closer relationship with you.

13. She hints at being free

Here’s one of the most important signs you're more than friends with benefits. If a friend looks at you as a lover, they will hint at being single in every way possible. Think of the fact that there is no need to communicate this information if you are just friends. Most often, such a remark (about a person being single) may come off sounding natural, as if it is nothing, but, in reality, it can be quite the contrary. Such a remark can be an intentional way to tell you that they are single and thus, motivate you to make a move or be more open to having a relationship with them.

Are you more than friends less than a relationship? A friend who has more intimate feelings for you will be very upset if you deprive them of their attention or ignore them. You can easily upset them if you forget about a meeting or a promise they were given. Friends rarely experience such feelings, and in these cases, they prefer to forget and forgive. A person who is not indifferent to you will expect more since you have a bigger meaning to them.

15. She provokes jealousy in you

If your friend is trying to make you jealous, this is one of the classic signs you're more than friends. Firstly, by such actions, a person wants to attract attention to themselves, and secondly, to follow your reaction and whether the presence of a possible opponent worries you. Although such a method can stir up strong emotions and resentment, this is one of the surest indications that they want a lot more from you than just friendship.